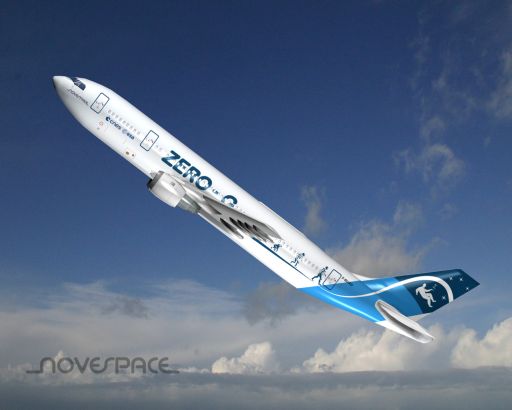 In typical experiments on dusty plasmas, the dust particle size is between 1 and 10 µm. For particles of this size, gravity is a dominant force (whereas it is negligible for nanoparticles since it scales with radius³).
Therefore, the dust particles „fall down“ in earth-bound experiments. The confinement of dust is hence limited to a small region in the plasma, where gravity can be compensated by strong electric fields (the edge region of a plasma where it is in contact with a wall, called sheath).
For many scientific question the rather small and compressed (stressed) dusty plasmas produced in the laboratory are not sufficient. Hence, microgravity is the way to create large dust clouds filling the entire plasma volume.

How to achieve microgravity?

There are different approaches to achieve microgravity condition, all of which imply going to a free-fall environment, such as drop towers, sounding rockets, the International Space Station (fun fact: the very first scientific experiment on the ISS was a dusty plasma experiment: PKE-Nefedov). The most useful technique our demands on scientifc experiments under weightlessness is the parabolic flight. There, an airplane drastically reduces it’s thrust after a very steep incline, resulting in an approximately parabolic shaped trajectory, which resembles that of a thrown object. After a free fall phase of about 20-25 seconds (depending on the aircraft), the pilots pull out of the dive, restoring the gravitational force on the equipment and people inside the aircraft.

For more than 10 years, the research groups of Prof. Melzer in Greifswald and Prof. Piel in Kiel performed many joint parabolic flight campaigns. The projects have been financially supported by the DLR (Deutsches Zentrum für Luft- und Raumfahrt). Most experiments took place on the Airbus A300 Zero-G, which was operated by the french company (and subsidary of CNES) Novespace, located in Bordeaux. The A300 Zero-G, which was one of the first planes of its kind (built in 1973 and has never been commercially used as passenger plane) has been put out of service in 2014. An impressive video of the parabolic flight maneuver can be found on Youtube.

In September 2015 we participated in DLR’s first parabolic flight campaign using the new A310 Zero-G aircraft, which was bought from the German government in 2014 and started operating for parabolic flights in 2015.

If you are interested in (german) updates on this project, check out the blog of my former colleagues: Staubige Plasmen unter Schwerelosigkeit